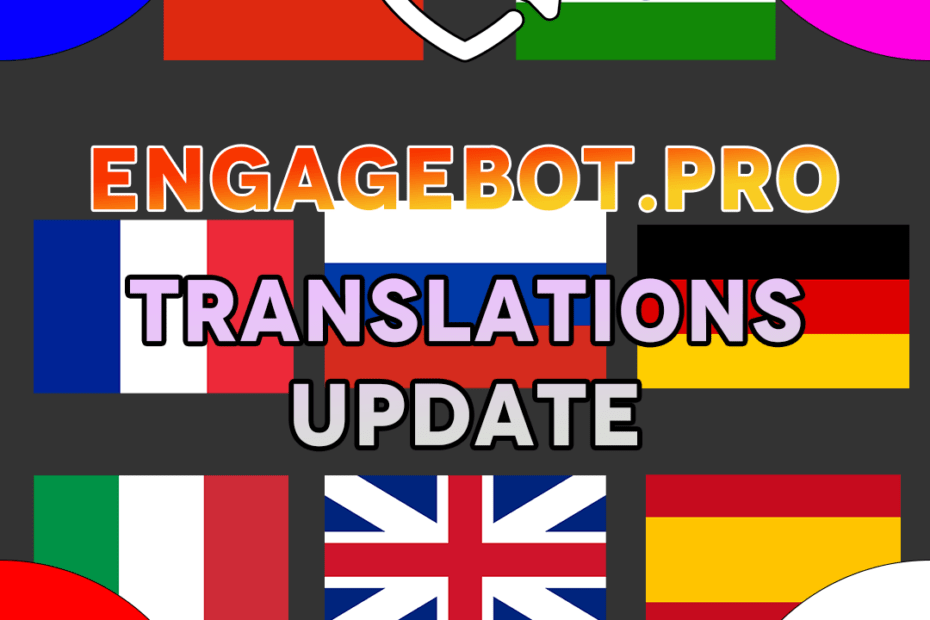 We have greatly improved the translation system of EngageBot.PRO, implementing new languages, and improving the alignment of those present.

Thanks to these Improved translations EngageBot.PRO, each language will be automatically translated as soon as an update is released!

In this way there will no longer be (as has happened in the past) “mixed” languages or not entirely translated.

THE NEW LANGUAGES INTRODUCED BY THE UPDATE Improved Translations EngageBot.PRO

To select the languages into which to translate EngageBot.PRO we have based ourselves on your needs: Having spoken with all of you via the support chat, having understood your difficulties and your languages, we have selected some of the most used languages.

We have also selected some of the most used languages in the world, to help all people who could not understand our English panel.

EngageBot.PRO is now available and fully translated into the following languages:

This is to make it as easy as possible for you to use the platform in your native language.

It is not only the panel that has these improved translations, but also the bot itself.

All default messages, errors and functions, are translated into the language selected within the panel

In this way the bot will also follow your language,and your users will be able to view the group in that language!

Here is our language selection menu, through which you can select the language to use:

Missing your language? No problem!

Contact us,and we will enter your language within EngageBot.PRO.

We always strive to ensure that the bot is easily accessible to all users!